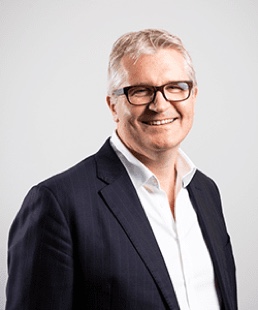 Professor Wilson is a specialist knee surgeon who qualified with a BSc in Biochemistry from Manchester University in 1989 and then went on to study medicine at St Bartholomew’s medical school, graduating in 1994. He did his fellowship in Sports Medicine at the Brisbane Orthopaedic Centre with Peter Myers in 2004.

Since becoming a consultant he has developed a specialist interest in knee preservation surgery particularly focusing on complex ligament and osteotomy surgery. He has helped to develop the instruments and surgical technique for a number of surgical procedures. He is particularly well known for his work on the All Inside ACL and PCL surgical technique and has presented and published extensively on these procedures.

He has also helped to develop a number of new surgical techniques for ACL and PCL surgery helping to pioneer the “All Inside Technique”. He has developed a number of other surgical techniques including a technique for ACL repair. Professor Wilson is has also helped to pioneer the new “Anterolateral Ligament Procedure” and is a member of the anterolateral ligament expert group.

He frequently has international and UK visitors to observe both Osteotomy and ligament surgery. Professor Wilson is a member of the ESSKA Academy editorial board is a visiting Professor to the department of Sport & Exercise at Winchester University.