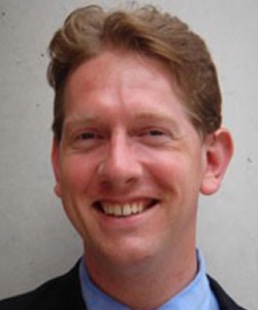 Click here to book a consultation with Mr Sebastian Dawson-Bowling

Sebastian Dawson-Bowling MA, MSc, LLM, FRCS (Tr&Orth) is an expert orthopaedic consultant specialising in all aspects of lower limb surgery, most predominantly complex hip and knee surgery. His NHS practice is at the Royal London Hospital, where he treats major trauma patients and those with complex hip and knee problems in a tertiary environment. He is also one of only a few surgeons trained to use the MAKOplasty robotic arm for partial knee replacements and total hip and knee replacements, allowing the more accurate placement of implants. His approach is centred around a firm belief that effective and empathetic communication with patients before surgery is a key element in both their short-term post-operative recovery and in their long-term outcomes.

In 2017 he was appointed Orthopaedic Clinical Network Director for Barts Health NHS Trust. He is currently leading on the development of the North East London Specialist Orthopaedic Network (NELSON), to facilitate the transfer of complex elective cases from other hospitals to Barts so that patients receive the highest level of specialist care in the most appropriate clinical environment.

Since qualifying in 2000 Mr Dawson-Bowling has gained experience in every area of orthopaedic and trauma surgery. He completed a Master’s degree at Cambridge University (where he was also part of the crew which won the Oxford-Cambridge Boat Race). He then undertook further training at Guy’s and St Thomas’s Hospitals in London, before his subspecialist fellowship training at the Royal National Orthopaedic Hospital, Stanmore and at the Hospital for Special Surgery in New York.

In 2008 Mr Dawson-Bowling obtained a Masters’ degree in medical law (LLM) from Cardiff University Law School), having completed a thesis on Medical Negligence and Informed Consent. He also has an MSc degree (2009) at Brighton and Sussex Medical School, based on his research into uncemented hip resurfacing implants.
To date has 19 peer-reviewed publications in the international literature and is a reviewer for several journals including the Bone and Joint Journal, the British Medical Journal and The Knee.

Current research interests include the development of accelerated recovery pathways for patients undergoing joint replacement surgery. He has contributed book chapters on orthopaedics, trauma and medical law to various volumes published by Oxford University Press and PasTest, and has himself published 3 orthopaedic textbooks as a lead author or editor. He is the lead convenor on the annual London Orthopaedic Basic Science Course run by Orthopaedic Research UK.

Mr Dawson-Bowling is on the Editorial Boards of the National Joint Registry and Bone and Joint 360. He regularly presents his work at international conventions, including the American Academy of Orthopaedic Surgeons and British Orthopaedic Association, where he has been an invited faculty member since 2016.