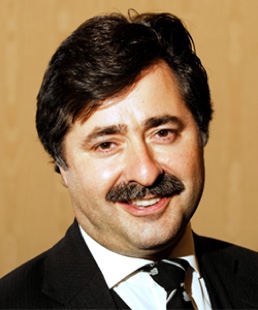 Mr Richard Smith was born in Scotland and educated at Glasgow University, where he obtained MB ChB in 1982. Thereafter, he trained between Glasgow and London, obtaining MRCOG in 1988 and then undertaking a thesis on the interaction of HIV, HPV and cervical cancer. For this, he obtained an MD thesis in 1992. He was a Lecturer and then Senior Lecturer at Charing Cross & Westminster School of Medicine and thereafter Consultant and Director of Gynaecology at the Chelsea & Westminster Hospital (1996 – 2002). Since then, he has moved to the West London Gynaecological Cancer Centre at Hammersmith & Queen Charlotte’s Hospital and has also been involved with setting up 132 Harley Street, with its emphasis on integrated healthcare. Mr Smith practices as a general gynaecologist and gynaecological oncologist.

Mr Smith’s research interests now centre around fertility-sparing surgery and research investigating the possibilities for uterine transplantation. He has published over 100 articles in peer-reviewed journals and written/edited around 20 books. He is the Series Editor of the Patient Pictures Series, which is designed to explain operations to patients (240,000 copies sold). In addition, he is the First Editor of An Atlas of Gynaecologic Oncology, which is in its third edition and author of further books on infection and oncology in the field of gynaecology. He has a book about to be published for the general public entitled Women’s Cancers: Pathways to Healing. This book espouses good information on orthodox treatments coupled with complementary treatments, coupled with aspects of spirituality. The ethos of his practice at the Lister and at 132 Harley Street reflects this combination of ideas.