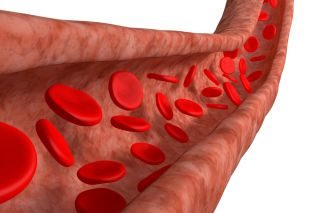 In news from Melbourne, Australia the arguments for the positive usage of Mesenchymal Stem Cells (MSCs) hots up.

If you recall MSCs are the types of cells that we extract from a patient’s own fat via liposuction, or the even lesser procedure of lipoaspiration. The chap that discovered MSCs has since renamed them, Medical Signalling Cells, and this is because, although scientists are not one 100 per cent sure how they do it, MSCs trigger a healing reaction. They seem to draw cells into action and alleviate pain. It’s what we, at the Regenerative Clinic, and many of our colleagues across the world are working hard to better understand.

Now, we don’t treat sepsis which is mostly found in a hospital environment, possibly following trauma as a secondary condition. There is much further research to be done, however, an Australian stem cell and regenerative medicine company called Cynata Therapeutics based in Melbourne has released some great news.

In a study it has conducted, Cynata can confirm that it has received positive efficacy data from preclinical studies of its MSCs in a model of sepsis. It has recorded the positive effects in a clinical environment – this is really staggering!

The study actually took place much closer to home in Dublin. It was done in partnership with RCSI (the Royal College of Surgeons in Ireland), under the leadership of Professor Gerard Curley, Chair of the Department of Anaesthesia and Critical Care at RCSI, and Consultant in Intensive Care Medicine at Beaumont Hospital, Dublin.

Sepsis, sometimes referred to as blood poisoning, is a life-threatening condition that arises from the body’s response to an infection or injury. If you get sepsis it can be mild or severe and sometimes have life altering side effects.

In the study, scientists at Cynata, created a preclinical model of severe pneumonia-induced sepsis. Under strict laboratory conditions, they found that after the introduction of MSCs that there were; Increased blood oxygen levels; Increased lung compliance (i.e. the ability of lungs to stretch and expand; decreased alveolar neutrophil infiltration (a condition which can lead to lung injury); decreased barrier permeability (which allows harmful proteins into the lungs); and decreased inflammation.

The results note that the extent of each of the above benefits was statistically significant in comparison to a placebo control. It was also noted that positive trends were also observed in a preclinical model of mild pneumonia-induced sepsis.

In typical MSC style they were also shown to enhance phagocytosis. Phagocytosis is the process by which white blood cells ingest and remove bacteria and other harmful agents from the body.

Sepsis is a major medical challenge and is the most common cause of death in hospital Intensive Care Units – implicated in 1 in 20 deaths in the population as a whole and up to 50 percent of all hospital deaths.

Professor Curley said, “There is a critical need for new therapies to treat sepsis, which is a devastating condition that can affect people at any stage of life without warning. These exciting results give us grounds for optimism that MSCs could provide a new treatment option for these patients.”

Dr Kilian Kelly, Cynata’s Chief Operating Officer, said, “There is an enormous unmet medical need associated with sepsis, which existing treatments are not capable of addressing. Professor Curley’s results are highly encouraging, and we believe the data can support progression to a clinical trial in patients with sepsis. These latest results build on our broad preclinical database across a range of commercial opportunities, including asthma, heart disease and diabetes complications, in addition to our very successful clinical trial in GvHD.”

The findings hold incredible potential for the treatment of a killer disease.